Find out more about South Africa’s only Eco-Marine festival on their official site http://hermanuswhalefestival.co.za/. Hermanus on the southern Cape Coast of South Africa is known as one of the best land-based whale watching destinations in the world.  I love the cliff walk which meanders around small, deep bays that attract whales close in, affording marvellous close encounters with mothers and calves. I spent many an hour sitting on the cliffs watching how they behave, feeling the wonderful presence of these enormous creatures.

Thinking about the Festival, I am reminded of other very special close encounters I have had with whales.

Top of my list must be my boat-based Whale watching excursion out of Simons Town harbour about 6-7 years ago. We spotted a whale a few minutes after we left the harbour and entered False Bay, got as close as we were allowed to, powered down and waited. After a while, much to our disappointment the whale sank below the surface. I was on the lower deck at the time and happened to be watching the water next to the boat as the whale re-emerged from the deep, right below my eyes. It was huge, almost too big to comprehend! It turned on its side and eyed me deeply and deliberately as it cruised past. To this day I remember the curious, “hullo” look in its eye – not something I will ever forget.  Later, the boat operator told us that some of the whales that visit our shores every year must have been around when we still hunted whales – so it seems that they are not only curious but forgiving as well. Perhaps this is something to do with the spindle neurons found in their brains, which are similar to those in human brains and involved in social conduct, emotions, judgement, and theory of mind. 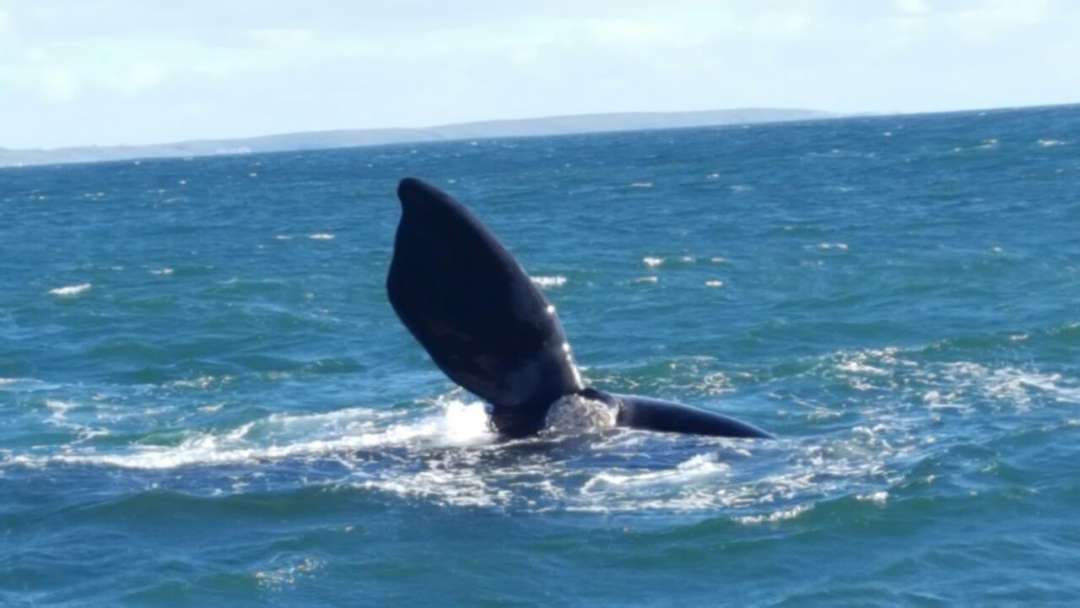 There are a few responsible operators with boat-based whale watching permits in South Africa and the activity is carefully controlled. The regulations are very strict and boats cannot get too close to whales (<50m) – it is up to them if they want to come any closer. I once was lucky enough to go diving with dolphins in Mozambique and I remember thinking afterwards that the dolphins seemed to respond to each one of us differently, and in exactly the manner we would want them to. They swam right up to my friend close enough for him to touch, with me they respectfully stayed about a metre away just out of reach but close enough to make eye contact, with others in our group they kept their distance but stayed in sight. If I think back on my boat-based whale encounter, I got the same sense from that beautiful whale that graced us with its presence. There is just something truly amazing about encountering a whale or dolphin when you are on or in the water with it.

A few years ago Gondwana Alive helped develop a trail network in the Cape West Coast Biosphere Reserve just outside of Cape Town. I tested the Five Bay Trail between the fishing villages of Paternoster and Jacobsbaai with my two young cousins. We had just stopped for lunch when Reid shouted that he had seen a whale heading into the little bay just next to us. We ran down to the rocks where it was headed to for a closer look. Reid took the low road and came eyeball to eyeball with the whale as it rose next to the rocks where he stood, and Heith and I looked down the blow whole from the boulder above. It was equally as close as the whale I had encountered from the boat in False Bay a few years before, and equally as special. It also made me realize that the West Coast offers not only beautiful wildflowers in spring but also the chance of wonderful encounters with whales.

Click here to find out more about the Five Bay Trail 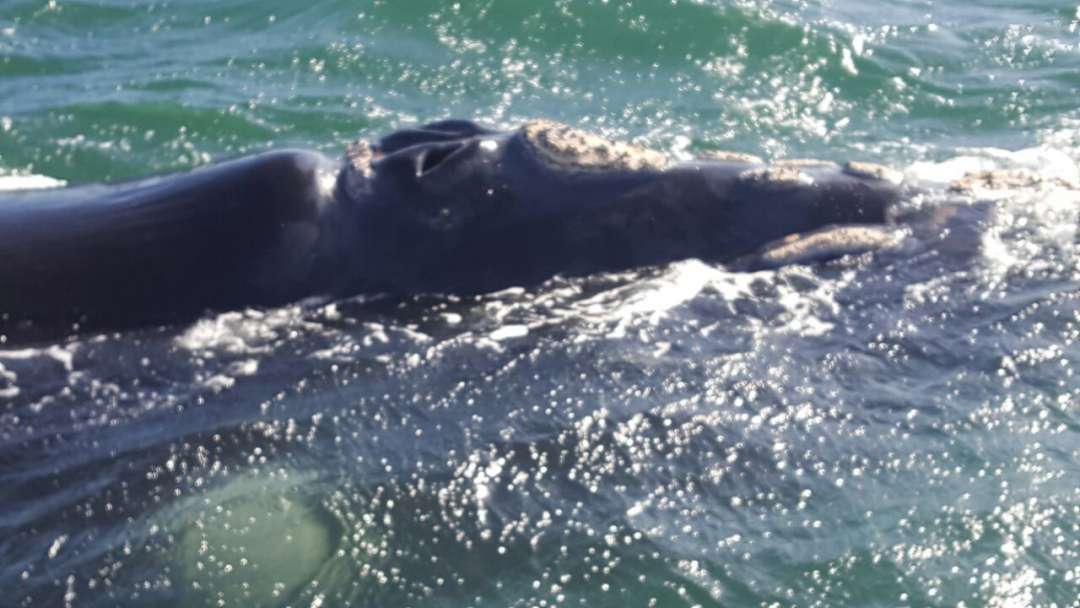 One of my favourite memories is of watching a baby Orca learn how to breach. A few days before I was sitting in my office in South Africa and suddenly thought – enough, I need a holiday! As a real wilderness buff, I had been toying with the idea of going to Alaska for a while and had a valid visa for the USA from a previous trip. So I booked my flight, rushed around gearing up, and left the next day. A few days later I found my way to Resurrection Bay on the Kenai Peninsula and went out with a boat-based whale watching boat to track Orca’s. Determined to spot them I positioned myself on the front deck as we motored out the harbour and nearly froze – crazy South African folk must have thought! Anyway it was worth it, we soon spotted the pod, geared down and allowed them to swim up to us. Next second this little Orca half-leaped out the water but flopped over. It tried several times to breach, but no luck – ever seen a disgruntled whale? It is a delightfully, comical experience – makes me smile just thinking about it. Everyone seemed to game watch in Alaska – the train dutifully slowed down as we left Anchorage so we could see the mother bear shooing its two babies up a tree; as I shot what seemed like class-five rapids down a fast flowing, snow melt river near Denali National Park the guide pointed out (hurriedly) flashing glimpses of wild mountain goats teetering on the cliffs above us; in Prince William Sound the captain of the small cruise liner I was on, left our course to follow two massive Orca’s around the small islands that litter the Sound – I will never forget the size of their massive fins as they undulated silently in and out the water.

Check out the Lonely Planet Guide on Alaska to find out more about opportunities to watch wildlife in Resurrection Bay and Prince William Sound, Alaska.

Unfortunately our encounters with whales are not all joyous

Prior to 1946 whales were hunted, nearly to extinction in some cases. A moratorium by the International Whaling Commission (IWC) allowed commercially hunted species like the Grey Whale to rebound, while others such as the North Atlantic right whale remain functionally extinct. Today the IWC has designated two whale sanctuaries: the Southern Ocean Whale Sanctuary, and the Indian Ocean Whale Sanctuary. According to Wikipedia, “As of 2013, the International Union for Conservation of Nature (IUCN) recognized 86 cetacean species, 40 of which are considered whales. Six are considered at risk, as they are ranked Critically Endangered (the North Atlantic right whale), “Endangered” (blue whale, fin whale, North Pacific right whale, and sei whale), and “Vulnerable” (sperm whale). Twenty-one species have a “Data Deficient” ranking.  Species that live in polar habitats are vulnerable to the effects of recent and ongoing climate change, particularly the time when pack ice forms and melts.”

According to Wikipedia sources, the sustainable and responsible whale watching industry is currently generating more income than the whaling industry with the moratorium in place.

“An estimated 13 million people went whale watching globally in 2008, in all oceans except the Arctic. Iceland, Japan and Norway have both whaling and whale watching industries. Whale watching generated US$2.1 billion (UK£1.4 billion) per annum in tourism revenue worldwide, employing around 13,000 workers. In contrast, the whaling industry, with the moratorium in place, generates US$31 million (UK£20 million) per year.” The size and rapid growth of the industry has led to complex and continuing debates with the whaling industry about the best use of whales as a natural resource.”

If one factors time into the calculations this difference will become more apparent, because in 50 years’ time we can still be watching whales, but hunted whales will be dead and gone and not contributing to reproducing baby whales.

Myth and legend show that whales have always played an important role in aboriginal culture and tradition, and we understand the need for subsistence hunting in communities with a long tradition and dependence on hunting whales. However, with the revenue generated by the sustainable and responsible whale-watching industry, exploitative commercial whaling makes little sense to us, particularly as alternatives now exist for most products derived from whales. We therefore encourage the sustainable and responsible growth of the whale-watching industry.

According to science life evolved in the sea and migrated to land, eventually evolving into mammals. Whales it seems are evolved from land-based mammals with the hippopotamus being their closest living relation. If you want to find out more about whales, Wikipedia is a great source of information.