We live in a fishbowl! Cape Flats in winter – Who is to Blame?

For as long as I remember the Western Cape region has always been known as the Cape of Storms. I mean each and every year we all know that there is that season called winter and that it is one of the coldest, longest, wettest seasons of the year. Yet we seem to be estranged to it. Each year it’s as if we have never ever in our entire lives experienced the heavy, constant rainfall, let alone the cold. What I am struggling to understand is – we know its’ coming so why don’t we take precautions? Why wait for someone else to fix the problem?

Based on Noloyiso Gwanqga ‘s research  climate change shows that it is going to become increasingly hot and dry with more frequent and extreme events – wild fires, wind, floods, storms. The sea level is also going to rise. This presents an increasing problem for the thousands of people living on the low lying Cape Flats, where large areas become a wetland in winter. 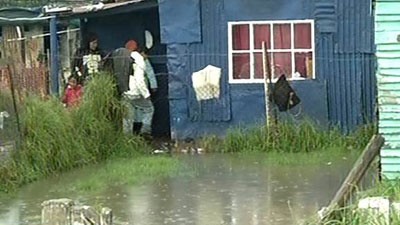 Over the past years, South Africa has experienced an increase in severe weather such as flooding, lightning, thunderstorms, tornadoes and in some areas, excessive unbearable heat, which caused damage to property and infrastructure as well as several incidences of loss of life

To reiterate the former Minister Rejoice Mabudafhasi said “Over the past years, South Africa has experienced an increase in severe weather such as flooding, lightning, thunderstorms, tornadoes and in some areas, excessive unbearable heat, which caused damage to property and infrastructure as well as several incidences of loss of life”.

Just to bring everyone back to my thoughts maybe we can share the blame – it is after all the South Africans syndrome to blame one another instead of looking for solution. Maybe we are at fault for opting to settle on the Flats. However, perhaps government could have fenced all the wetlands with big written warning that say Site for Restoration and Preservation of our existing Biodiversity. Perhaps the signs could explain why people cannot build their informal settlements on wetlands – how it could lead to the negative social economic impact it currently has on our lives. Maybe then we wouldn’t be living in fish ponds in winter.

The fact of the matter is we should come up with a solution and action as to how to reduce vulnerability to climate change in these settlements. I am sure that environmental organizations would be keen to participate in this matter, and would willingly dedicate their time to visit each informal settlement to observe, interact and assess, to help come up with the solution on what can be done to reduce vulnerability to the impacts of climate change – like keeping wetlands healthy to buffer flooding and planting trees as shade and wind breaks. 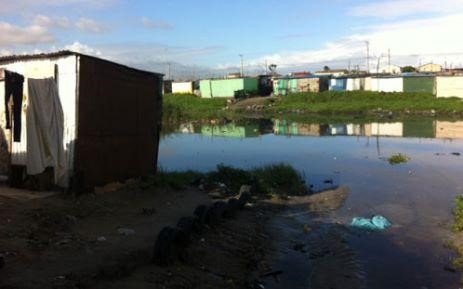