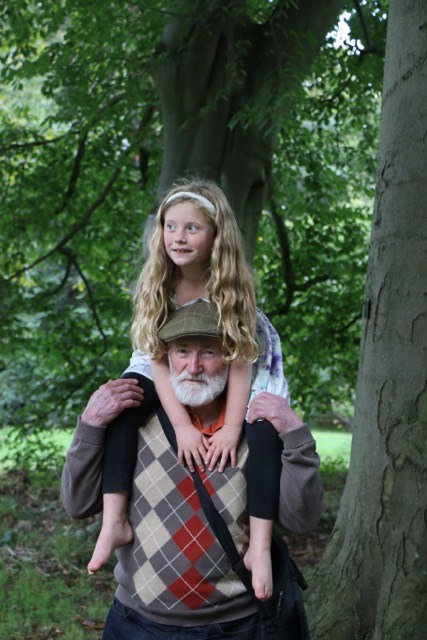 In celebration of world Humanitarian Day, Gondwana Alive would like to honour Dr John Anderson for his tireless efforts to “Stem the Sixth Extinction” of life on Earth.

“Through his concern for our deteriorating global environment, John founded the Gondwana Alive project in 1998–drawing in top scientists from diverse fields around South Africa. Their first book, ‘Towards Gondwana Alive; promoting biodiversity & stemming the Sixth Extinction’ was published in 1999. It includes dedicated endorsements from Nelson Mandela, Kofi Annan, The Dalai Lama, David Attenborough and other global leaders; and is in turn committed to the Nelson Mandela Children’s Fund.” JMA Citation, Nelson Mandela Bay University

According to a Citation for the Nelson Mandela Bay University, “Dr John M Anderson did his BSc in geology and a doctorate in palaeobotany; but his research and interests have diversified into a far-reaching range of interlinking topics.

The on-going research at the centre of it all has been on the fossil flora of the Late Triassic Molteno Formation–deposited around the time of origin of the dinosaurs and mammals—in the Karoo Basin of South Africa. He and Heidi Anderson (Holmes) have collected from 100 ‘localities’ (mostly new) around the extensive outcrop. Their monograph series, unique in the field, has shown this flora to represent what might well prove to reflect the moment of greatest plant diversity through geological time. Sir Peter Crane, Director of the Kew Gardens at the time, wrote in 2003, for instance, ‘I am not aware of any set of fossil assemblages that has been collected with such intensity, such uniformity of approach and such care …’

Closely allied are the Africa AliveCorridors and Earth Alive Strategies projects, also initiated and driven by Anderson. The first, AAC, tells the autobiography of Africa along a selection of 20 corridors criss-crossing the continent. It aims at two things: celebrating prime heritage and encouraging custodianship by all 1-billion Africans. Two volumes (with over 100 internationally recognized contributing scientists), take in a holistic range of geological, biological and cultural fields–within the context of continuing climate and environmental change. The second, EAS, presents a package of 101 Strategies, from local to international, addressing the worsening global extinction of biodiversity being driven by humans. ‘Africa Alive’ and ‘Earth Alive’ were launched in May 2008, in Arusha, Tanzania, at the African launch of UNESCO’s ‘International Year of Planet Earth’.

What Anderson sees as an extension of all this has been his Millennium project—a lifelong study of the 250 individuals, in the sciences, arts and governance, who have been central to driving Western civilisation from 1000-2000AD. Core are the evolving links between the individuals and their works: such as Linnaeus’ classification of plants leading to the Romanticism of Rousseau (philosophy) and Goethe (literature) and on through to that of Beethoven (music) and Turner (art).

Connection and Reconciliation our only option for the future

All of these projects–from palaeobotany to Earth Alive to cultural history–are intimately linked. They are interdisciplinary and multinational. Indeed, they showcase the fundamental connection between all things. Consilience operated in the past and a deep sense of consilience—of reconciliation—is being stressed by Anderson and colleagues as our only option as a species into the future. “

John is one of the original founders of Gondwana Alive and has worked tirelessly since publishing “Towards Gondwana Alive” to raise awareness on the state of our biodiversity. Gondwana Alive continues to support John’s efforts by finding, training and enabling the work of community-based stewards along the Africa Alive, Gondwana Alive and Earth Alive heritage Corridors.

Dr John Anderson's book review of "The Annihilation of Nature"