Why is mentorship important for Youth? 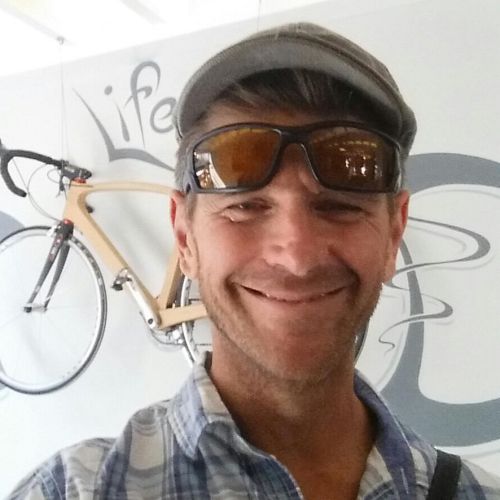 Why is mentorship important for Youth?

I have a degree in communication and for years I wanted to write but never had the opportunity to do so. Three years ago I was selected to participate in the national Groen Sebenza Jobs Fund project in South Africa. Through the mentorship I received on the project I am now writing blogs like this one, in support of good social-ecological causes. I know first-hand the value of mentorship as a means to grow and develop youth. It can also help organizations with succession planning and transformation. So in celebration of youth month in August 2016, I was interested in finding out more about mentorship, as well as what it takes to be a mentor.

I followed Ivan Groenhof who is the initiator and co-founder of the Rim of Africa trail, the first Mega-Trail in Africa. The 600km RIM of Africa trail follows the Cape Fold Mountain chain just outside of Cape Town, South Africa. His knowledge of the environment, commitment to conservation, and passion for encouraging a cultural and personal reconnection to nature makes him an inspiring leader.

Ivan was born in Windhoek, the capital city of Namibia. He studied a BSc in Construction Economics and Management at the University of Cape Town. During his years of studying he became an Earthlife Africa activist, where he learnt more about the human global impact on the environment.

In 1996 Ivan started his own company called Green Shapes Construction. In 2001 he became involved in a wetland rehabilitation project in Nordhoek – mentoring twelve alien vegetation clearing businesses. The project came to an end in 2004. He later worked with Gondwana Alive’s CEO, Dr Tracey Phillips to mentor a local team in developing and operating the Cape West Coast Biosphere Reserve trails network. He subsequently joined Gondwana Alive as a Director and mentor in the national Groen Sebenza Jobs Fund project.

I asked Ivan to share his journey as a mentor with us by answering the following questions.

What does it mean to be a mentor?

It means seeing the potential in someone and being interested enough to foster that potential in an individual. In doing so one needs to have to care enough and want to be with that person for a period of long time. It’s about being authentic, dependable and modelling positive behaviours.

I believe in the structure of mentorship as something we should take on within our communities. It facilitates a culture of handing over; a culture of giving which talks to cultural practice that is understood by the community. There are some responsibilities worth taking on in a community. My sense is that mentorship as a cultural practice is important and that everyone can do it because it’s a way of relating.

The experience comes with challenges

It has been fantastic and rewarding to be working intensively with the mentees, to have gone around the country training mentors engaged in the Groen Sebenza project. One of the main challenges is to get on the same page with my mentees – some come from very different backgrounds to me.

• Travelling around the country and engaging with all the different mentors on the Groen Sebenza project.
• Learning about mentorship from my mentor, Jon Young.
• Gaining insight into the impact that mentorship could have in South Africa – I believe that mentorship could be one of the answers to youth unemployment and poverty, and this is the approach Gondwana Alive are adopting through their Grow Green Programme.

Thanking Ivan, I tracked down another mentor – Gondwana Alive’s CEO Dr Tracey Phillips – to find out more about unemployment, mentorship and the GrowGreen Programme. This is what she had to say.

Unemployment is one of the main causes of poverty and it places huge stress on natural resources that are already over-exploited. This is because those without work are more reliant on things like subsistence fishing and farming, and the problem is that our fish are running out and our soil is not as productive as it once was.

Our communications mentor, Michele King, pointed out that “it is crucial that we EMPOWER the young decision makers of tomorrow. Nearly half of the world’s population – are under the age of 25. As the majority of the world’s population, young people are most affected by our greatest global challenges including but not limited to unemployment – that undermine their rights and create significant social and economic costs to society.”

That is a scary scenario as 60% of youth in South Africa are unemployed!

Dr Phillips said that the Groen Sebenza project successfully used mentorship in the workplace to upskill over 800 youth and place nearly 700 young environmentalists in jobs. The project is finished now but Gondwana Alive is continuing to offer a mentorship and practical training service through our GrowGreen Programme.

Gondwana Alive’s GrowGreen Programme seeks to develop community stewards with the understanding, skills and ability to heal and care for our planet in the way in which we live our lives and go about our business.

Our GrowGreen Youth project is specifically aimed at helping youth develop green skills through mentorship and practical skills training, and upskilling them to use our web-based directory to promote their services and connect with potential employers.

So there you have it – according to Ivan and Tracey mentorship could be a real help in promoting skills transfer, combatting unemployment and poverty, and restoring our natural environment.